The Art of Sandra Scott-Revelle

Everyone’s story is unique, with chapters waiting to be mined like precious metals. When I was told there were recorded stories from former slaves, I knew I had struck gold. My longtime interest in history, especially Black History found a new outlet and I dug into the transcripts. Most of my short stories are based on the emotional accounts of slipping slavery’s grasp, hiding in treacherous places, then bolting into freedom or for some, enduring until freedom marched to them.

The textile panels add a visual layer to the narratives. A particular scene from a narrative is imprinted in my mind. Then, with fabric and thread, I piece together with concentrated abandon what could have taken place. 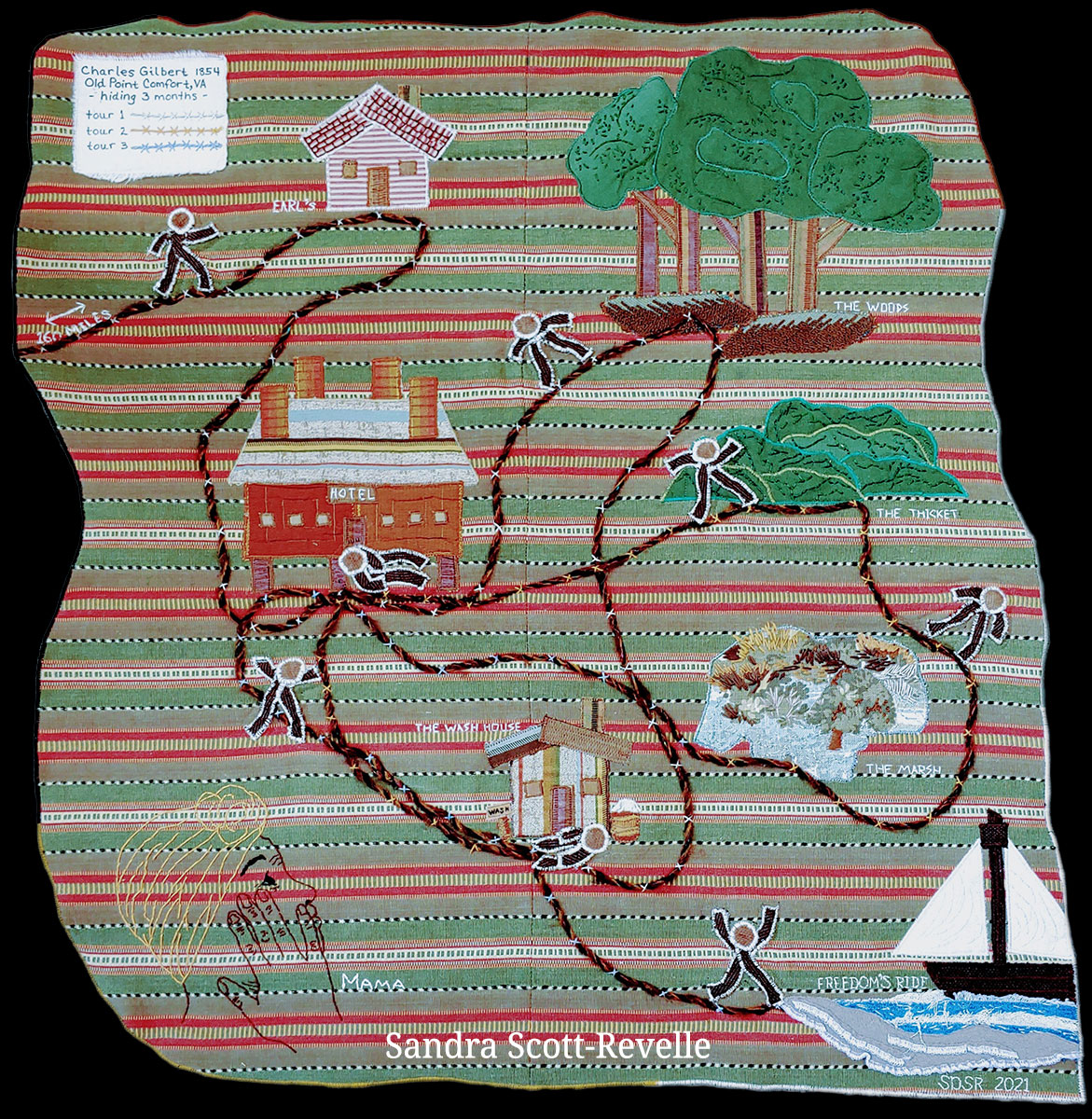 Charles Gilbert made a 160-mile journey, escaping on foot. He arrived in his old hometown, Old Point Comfort, VA, but missed the ship north. A true test of his tenacity began. In three months, Charles created a twisted trail of hiding, moving from place to place. He hid in a marsh, a thicket, and under the floorboards of a house (two times). He ate from the slop bin of the hotel and twice mimicked barking like a mad dog, to frighten people from his hiding place.

Trackers, attracted by the $500 bounty, harassed his mother, a free woman, and watched her every move. She claimed ignorance of his whereabouts. Assisting a runaway would mean death or jail for her or her other sons. When she could no longer handle Charles’ perilous roundabouts, she provided the needed money.

Once aboard ship he discovered instead of heading to Boston, its route skimmed along the Virginia coast. Charles spent another four weeks stowed away before he finally made it North. He passed the test. 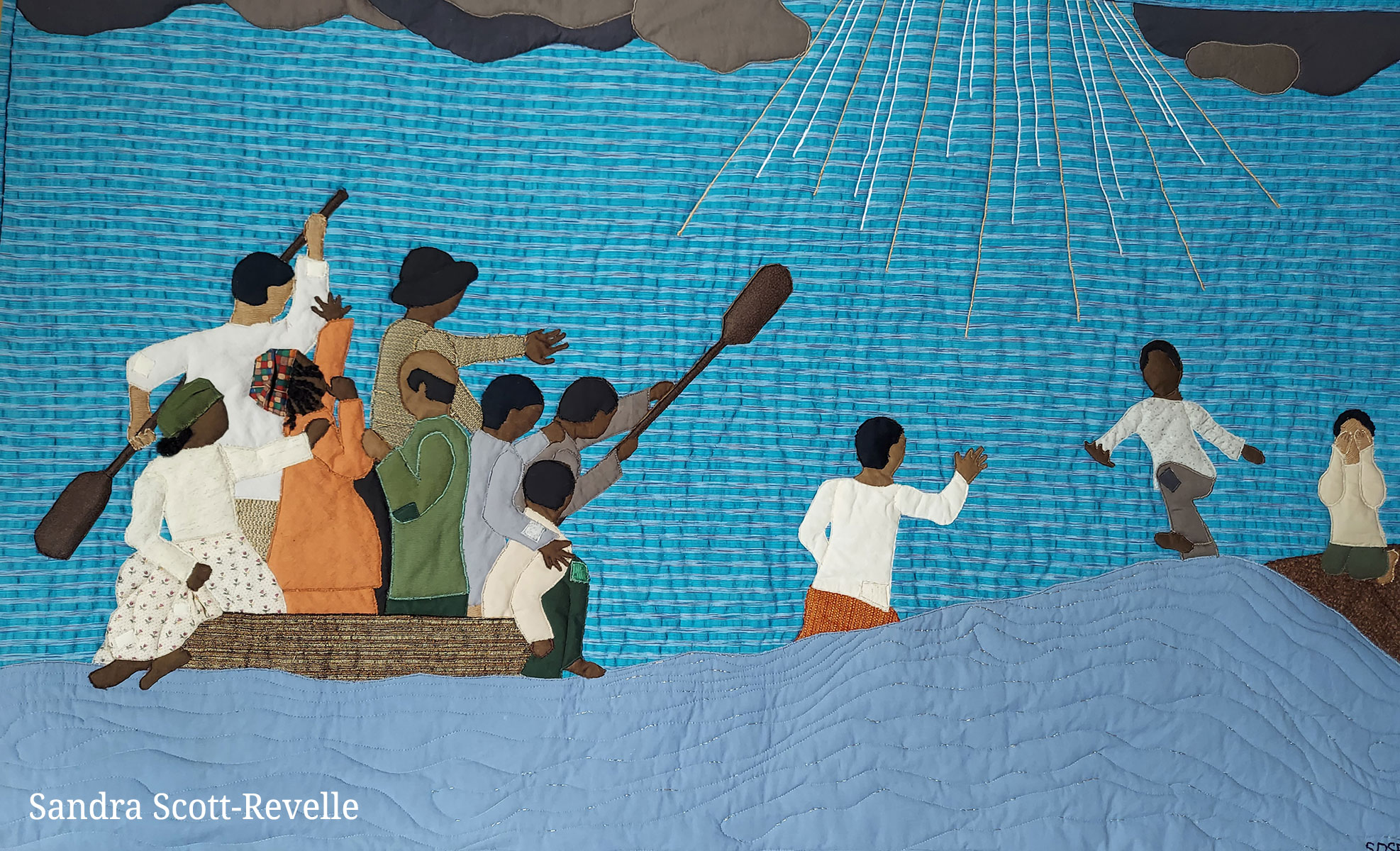 Ten runaways were stranded in the thick forests of Kentucky, their guide, dead. They huddled twenty miles from the Ohio River that would take them to freedom.

A free-black volunteered to slip across the Ohio and guide them back across. Armed with pistol, knife, and grit, he demanded they “go and keep going,” or he would “end it” right there. The group included a young couple who desired their unborn child to live free.

The eleven survived the forest and rejoiced to hear the river’s rushing water. Their rejoicing was short-lived. Trackers spotted them. The eleven ran a panicked race down the riverbank, then beat the brush for a boat and oars. They crammed inside the small craft which groaned from the excess weight. They pushed off. A shriek from the young mother pierced the air. All eyes shifted. Two men stood helpless on the bank. One was her husband. The trackers closed in. In a spontaneous act of gallantry, a young man jumped from the boat, calling the husband to come take his place. Stunned silence fell upon those who watched this sacrificial exchange.

“Greater love has no man, than he lay down his life for a friend.” 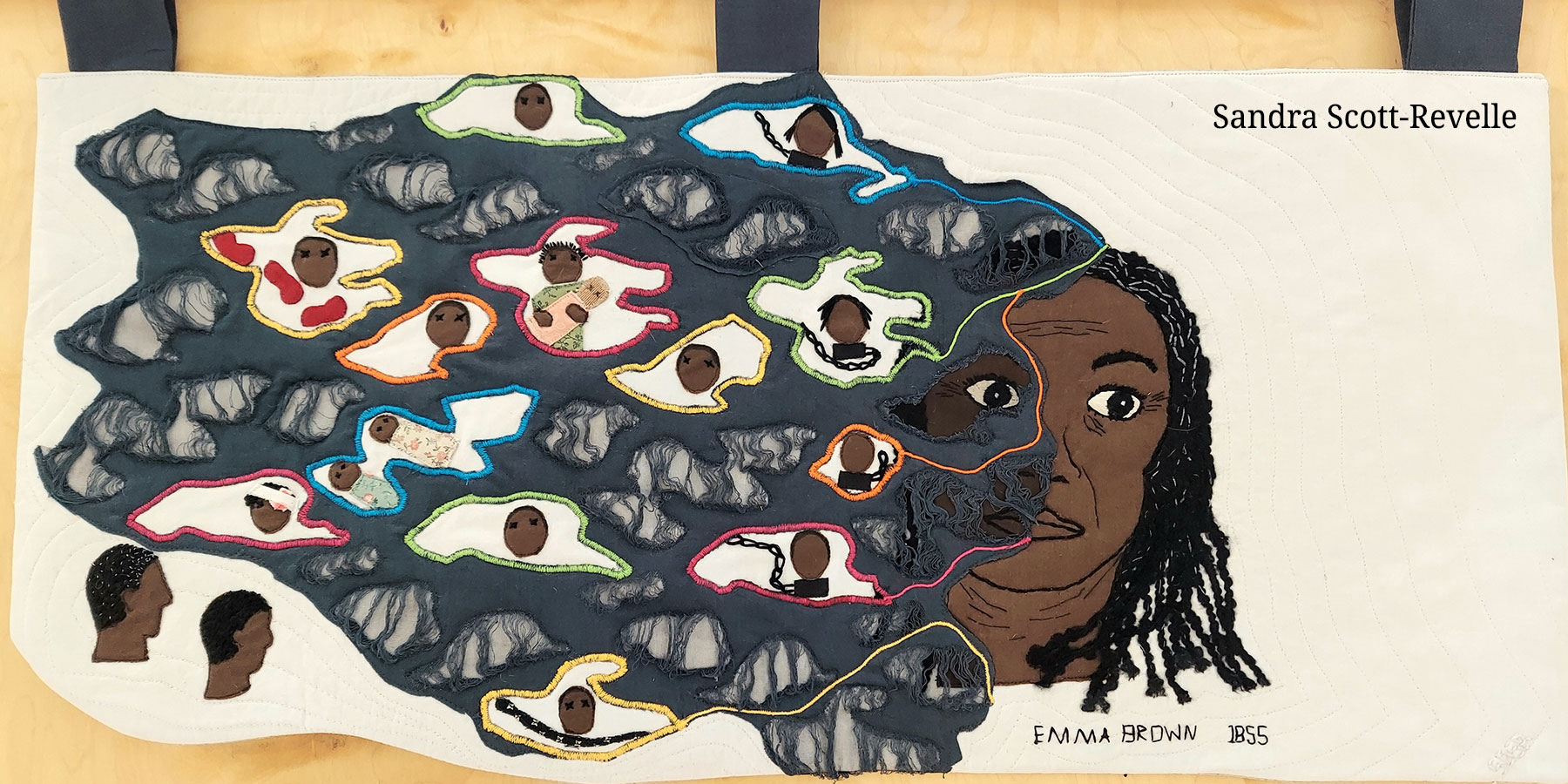 Mary Epps left slavery behind. Mary also left fifteen children. Only one was alive that she knew of. The others were dead or their fate unknown because they were sold. Four children were auctioned in one day. That trauma caused Mary to convulse and go mute for more than a month. Her husband committed to “get her to freedom.” He worked extra, hid the money, and paid for her escape.

Secreted aboard a boat, then guided by the Underground Railroad, Mary arrived in Pennsylvania. She chose Emma Brown as her new name. Though free, Emma was bound to her children by love, loss, trauma, and the unknown. She clung to a thread of hope for the escape of her husband and remaining son. Mary prayed they could be reunited and finally experience life as a family. 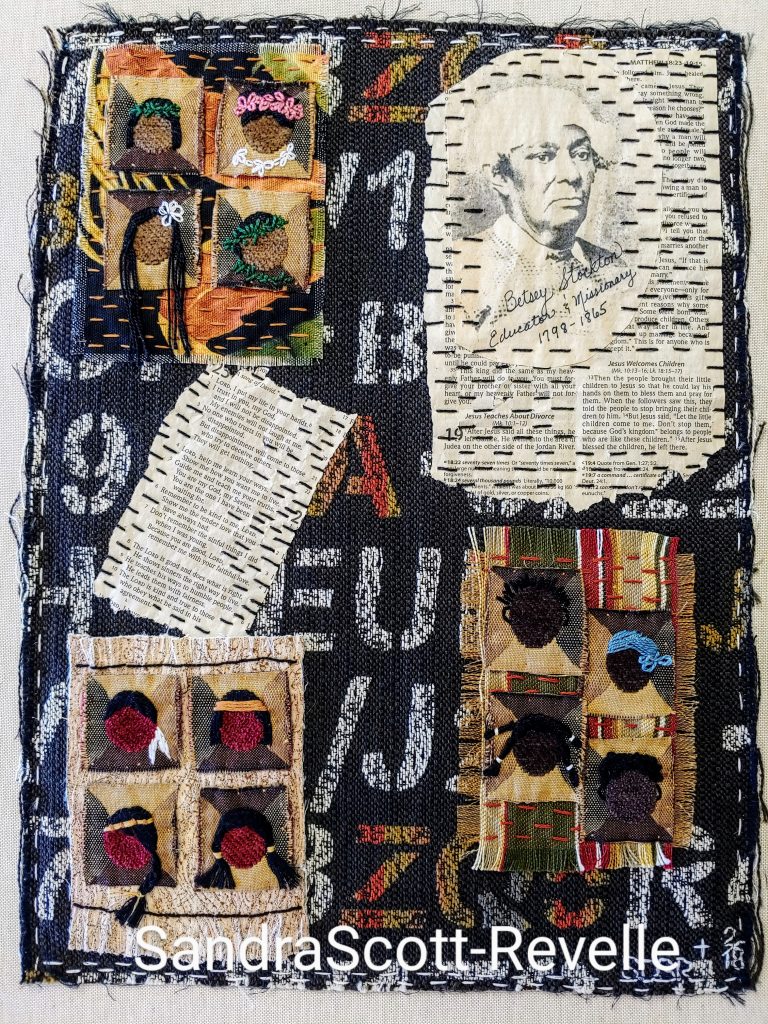 A slave in her youth to the President of Princeton College. She was granted her freedom then used her keen intellect to educate others. Betsey became the first single, female African American missionary to Hawaii. Over her forty year career she established schools in Hawaii,  with Native Americans in Canada, and African-Americans in Philadelphia. 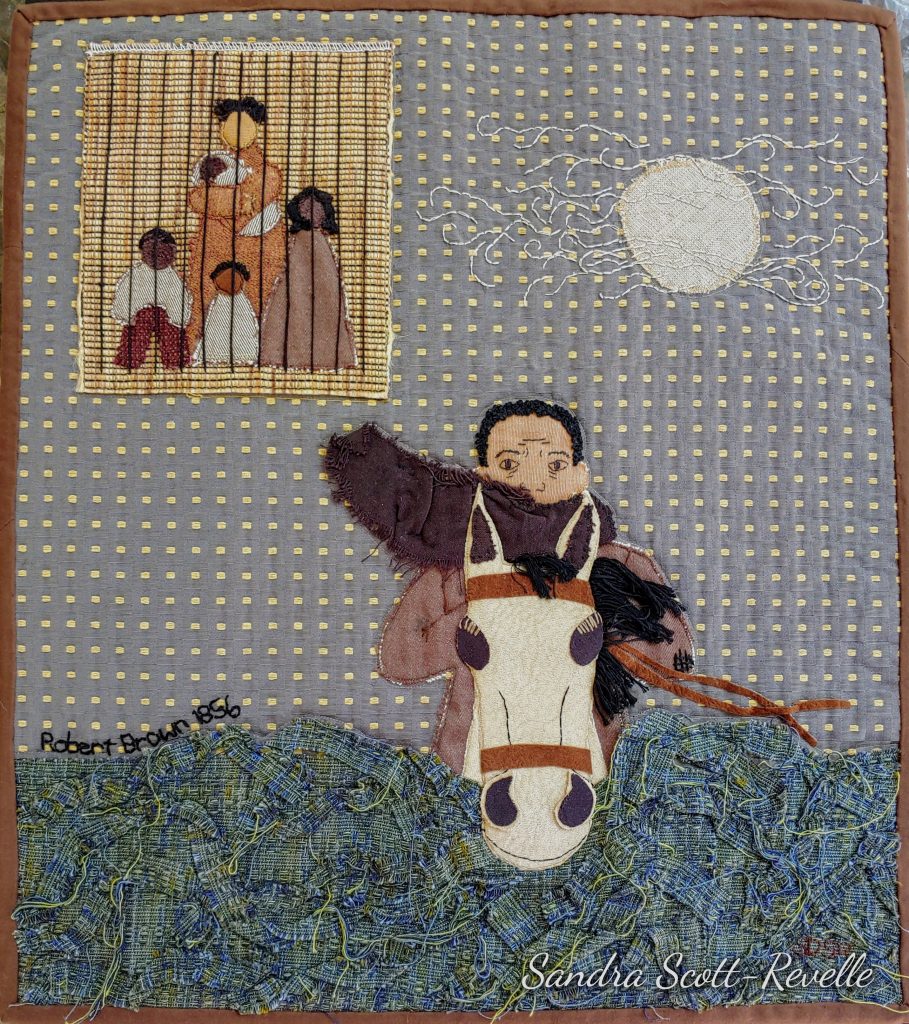 On Christmas night 1856, Robert escaped on horseback across the freezing Potomac River. He left behind his imprisoned wife and four children who were destined to be sold the next day. Upon his arrival in Philadelphia, he revealed the gifts his wife had packaged for him; her daguerreotype likeness and locks of hair from her and the children. These were all he would hold of his family this side of eternity. 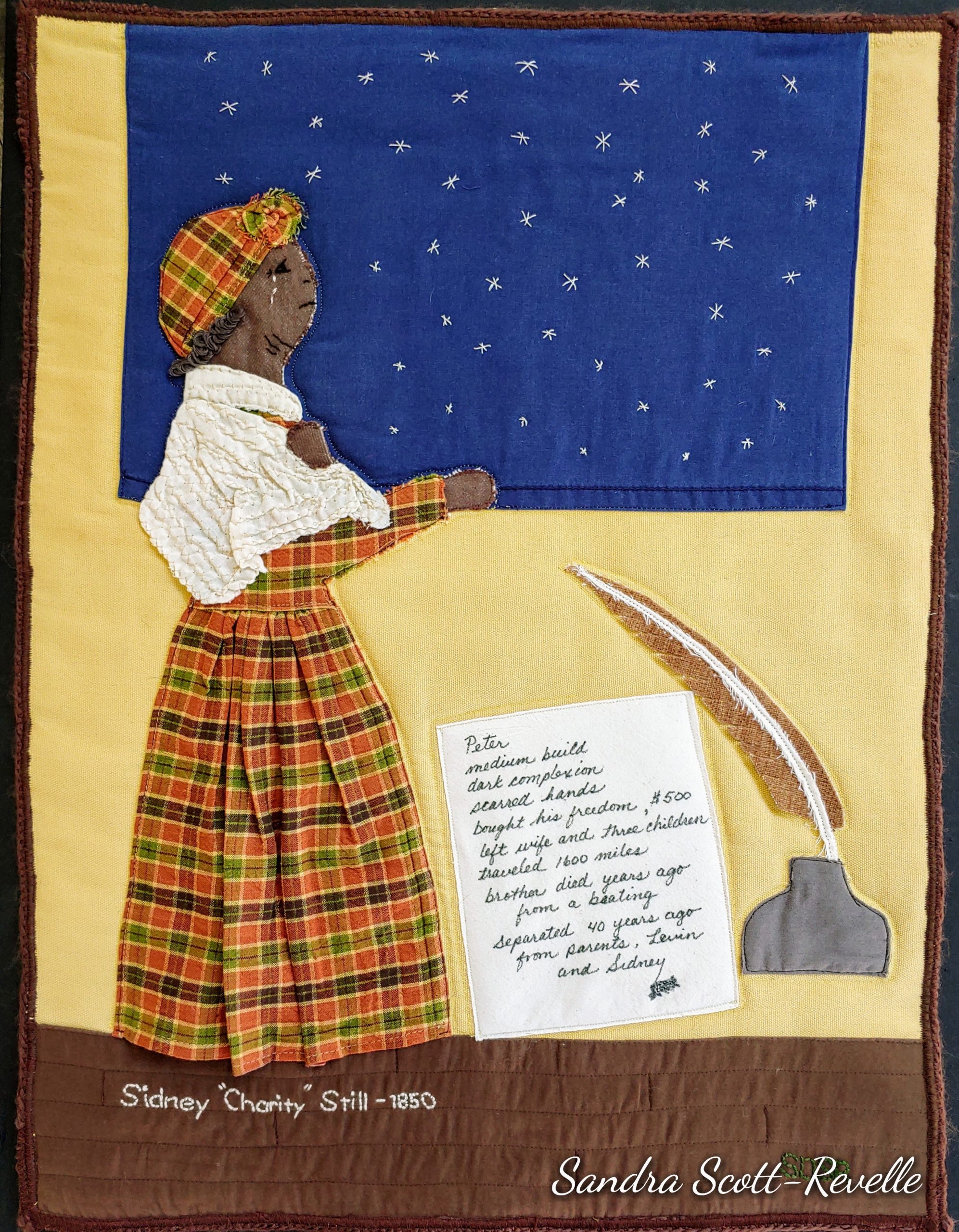 A runaway slave-mother left two young sons in bondage. She persisted in prayer for years over her boys. Forty years later, one son came through the doors of her youngest child, William Still, a conductor on the Underground Railroad. They met “by chance.”  Peter was reunited with his parents. A mother’s prayers were answered. 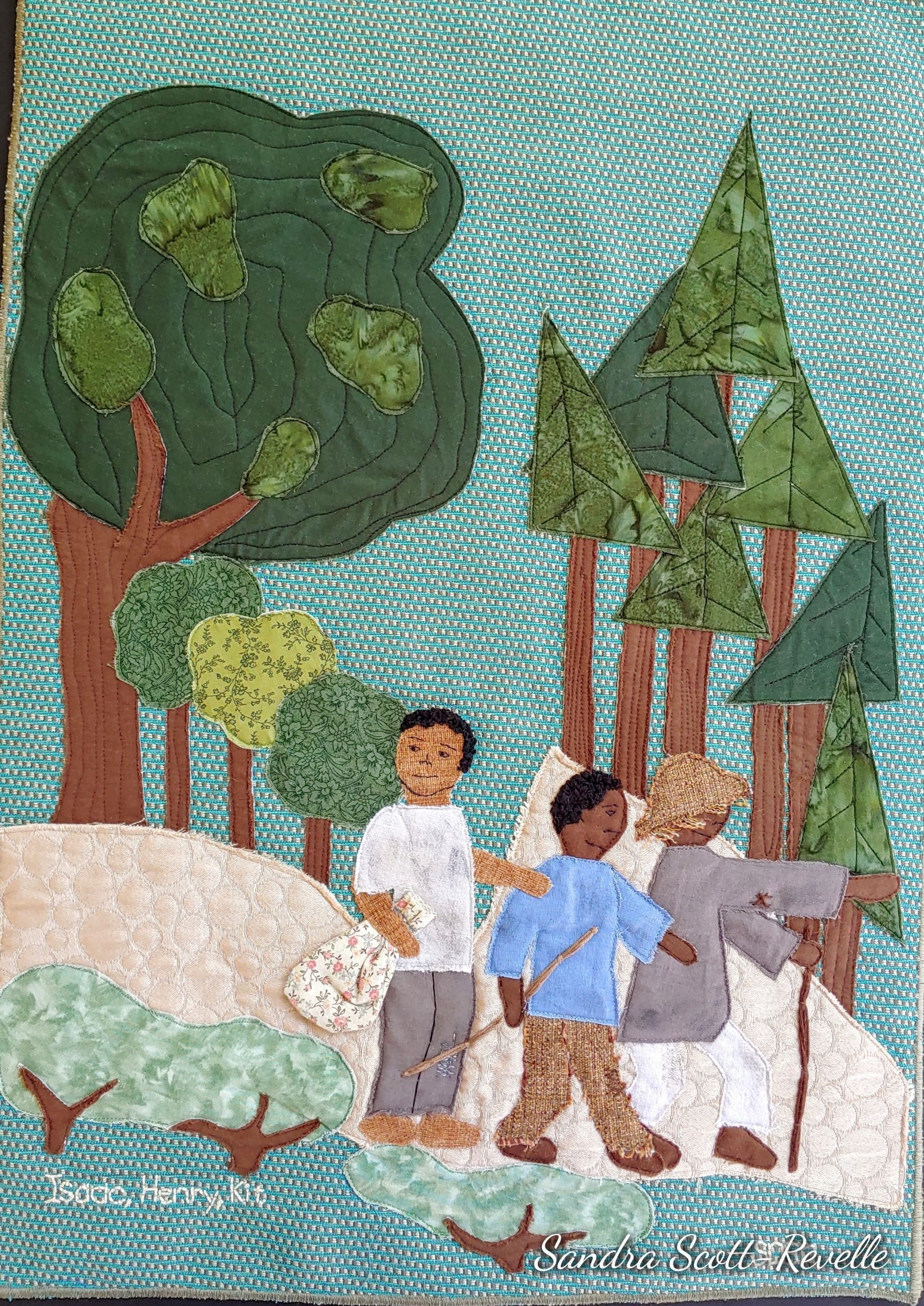 Two runaway slaves were imprisoned but escaped into the deep woods. A third slave discovered them and helped with provisions. The three formed a tight bond and eventually fled for freedom together. 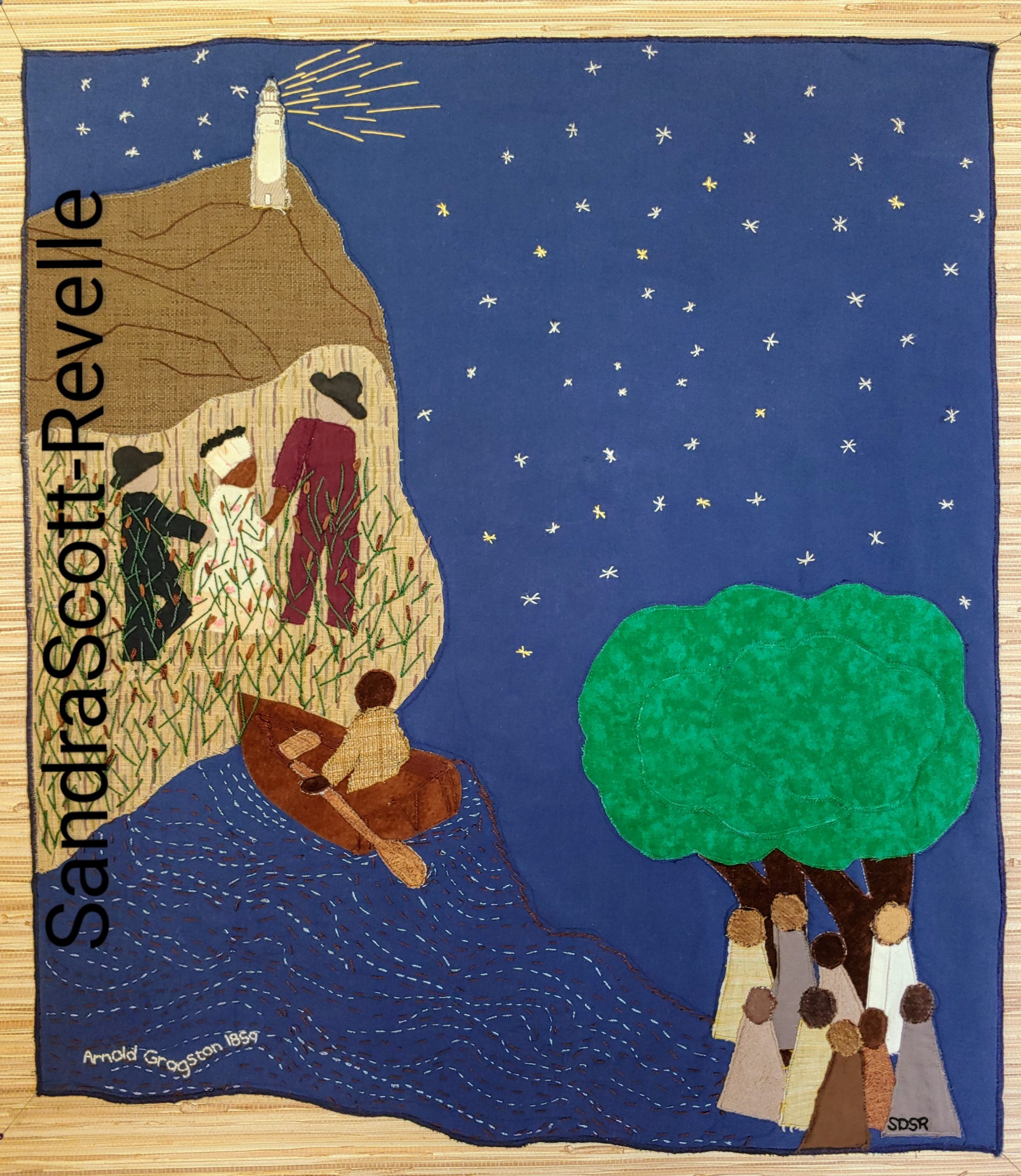 Arnold, a nineteen-year-old slave, took the challenge to row a young slave girl across the Ohio River to freedom. This ignited his four-year journey to help over two-hundred slaves escape by this route. After being discovered, he and his young wife eventually rowed to freedom as well. 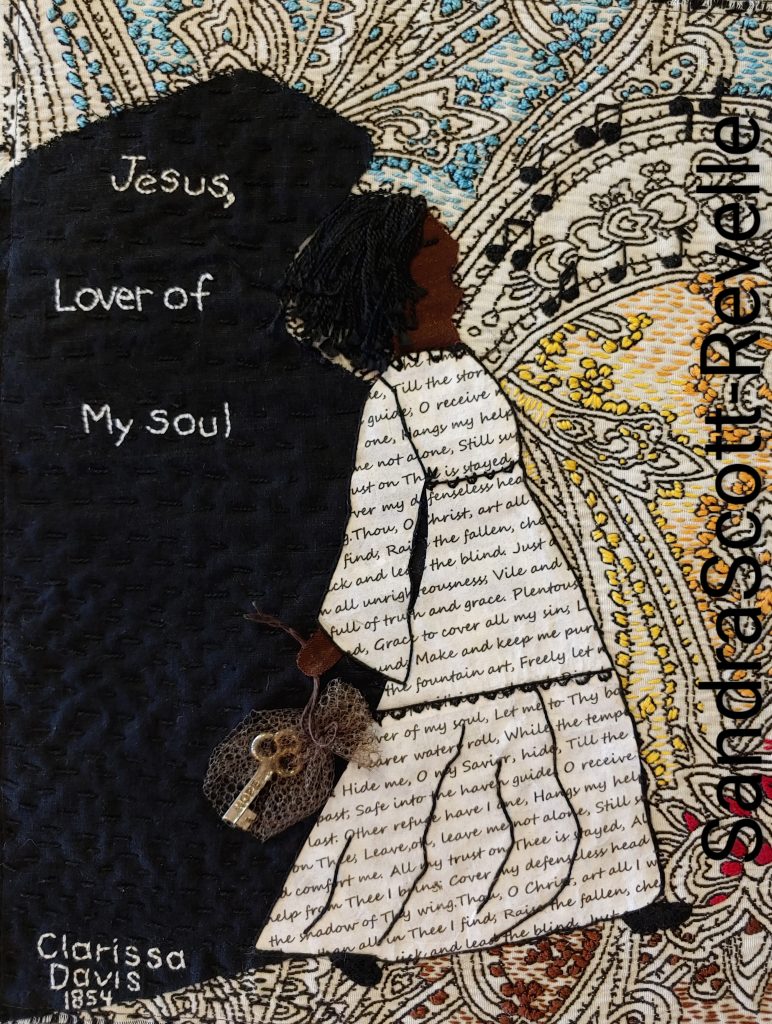 Escaped with her brothers but was separated from them and ended up seventy-five days in hiding. She prayed for a heavy rain to shield her way to a ship sailing north. At three AM on the 75th day her prayer was answered with torrential showers. She boarded a ship and was united with her brothers in freedom’s land.

In February 2020 seven of my textile works were selected for display at the George W. Bush Presidential Library and Museum’s  5th Annual Celebration of Black History Month. 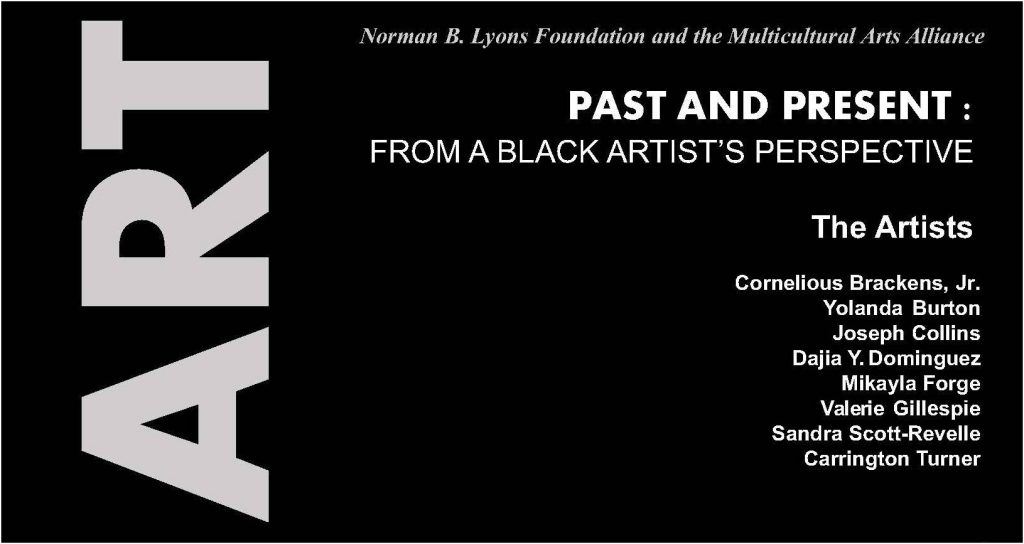